Hopeful or Hopeless? A Beginning or an End?

January can often see an influx of people trying therapy . . . Yet why is this?

It’s a funny old time isn’t it? Arguably the most “intense” (for whatever reason it was for you) time of the year is over, and we’re left with . . .What?

For some, this time of year has a sense of hope and the sense of a beginning . . . There’s excitement that comes from the ‘start point’ that January and the beginning of the year represents. This feeling of newness is partly heightened by the excess of December . . . excess of people, money, drink, food . . . These things are richer, more intense, more frequent. January therefore feels like the antithesis . . . There’s a ‘drawing back in’, a minimising, . . . less going out, less spending, less food, less drinking. This drawing back can add to the reflective and thoughtful feeling that January can bring, people think about change, cleansing, alterations . . . Newness.

It could be that the Christmas and New Year period, for whatever reasons personal to you, is not a time of year you enjoy much, or you actively find very difficult and painful. As a result, January represents the newness and hope of that period being over . . . On to different things. A literal close to one year and the opening of a new one.

In this scenario and at this time of year, therapy is approached as a tool with which to look at these changes that you want to bring about. These feelings of hope and change often come connected to feeling a need for direction and purpose. . . Therapy provides the space to explore what ‘the new’ means to you. What do you want to be different and what does getting to that change look like? Therapy acts like the road map or foundation from which to understand what it is you want.

For others, this time of year can bring about opposite feelings . . . Those of hopelessness and the sense of an ending of something. This can be for all sorts of reasons. The end of Christmas can bring about an anxiety . . . Perhaps over things that are still there, come January. Problems, thoughts, situations, relationships . . . Over the holiday period you felt able to ‘push aside’ or ignore, whatever it was. However, now January is here, they have reared their heads again . . . Perhaps even larger and uglier than before.

Or the beginning of the year represents “getting on with things” that you don’t feel ready for, or don’t want to ‘get on with’. The holiday period felt like a ‘safe place’ to hide and January therefore signifies the end of the period you were wanting to hold on to for as long as possible because, for whatever reason, you are not looking forward to the new year.

In contrast to not wanting the holiday period to end, if the holiday period was difficult for you, these feelings often don’t just ‘go away’ and, once January comes about and that depression, anxiety or anything else either stays around or, worse, intensifies.

Or, because of its traditional focuses on newness and change, January can result in a sense that “things don’t change for me” or “I’m still stuck in the same patterns”. Therefore, rather than filling you with hope and excitement, January brings about feelings of sadness, anxiety, guilt, frustration . . . “It’s January and here I am in the same place, doing the same thing, struggling with the same issues”.

Then there’s stresses of family – in whatever form they come . . . The period over Christmas and New Year has highlighted issues, felt to make issues worse or things have come to crisis point regarding dealing with each other.

For these reasons listed, and many more, therapy is often looked at in the New Year as a way of exploring and dealing with these feelings. Whether that’s a depression that does not feel to be going away, a pattern that is not changing, a difficult relationship of some kind, or the new year representing difficulty for you, therapy is a space to come and look at what is going on. Often the process of simply talking through what is happening for you personally can bring about a sense of release, of clarity and most importantly, the sense that something once felt to hold a lot of power over you no longer does.

As seen, approaching therapy at the beginning of the year is common for a multitude of different reasons. However, although seemingly different, what unites all these reasons is the fact that talking things through in therapy can help to bring about clarity, perspective and change at a point when things can feel overwhelming, confusing or stuck. 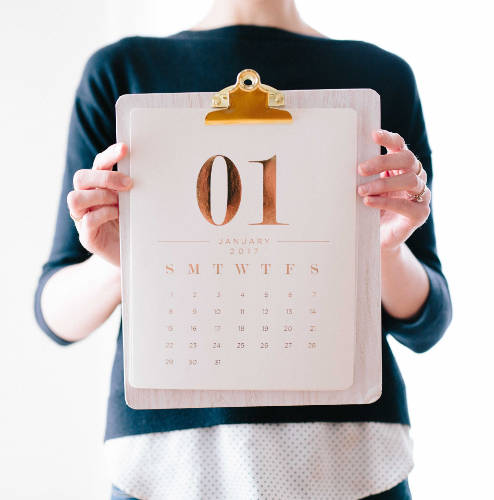 Psychotherapy & Counselling can help with: